Home » Schubert, America, and the Police

Presentation and musical performance by Pauline Tan (mezzo-soprano) and Pierre-Nicolas Colombat (pianist) While many of classical music’s most revered performers, ensembles, and institutions are American, the vast majority of “household names” in classical music are European. The result can feel like Americans are stuck in a never ending game of catch-up. This Eurocentric attitude ignores the deep influence that America had on some of Europe’s most significant figures. One American in particular, James Fenimore Cooper, emerges as a uniting thread between individuals as diverse as Franz Schubert, the Marquis de Lafayette, and Johann Wolfgang von Goethe.

Cooper’s novels enjoyed a massive readership in Europe at a time in which it was undergoing widespread conservative reforms. These books, which typically depict a collection of diverse characters in times of tumultuous upheaval, such as in the Leather Stocking Tales trilogy, proved to be an effective antidote to the Europamüdigkeit (Europe-weariness) afflicting European intellectual life. On his deathbed and in the midst of revising drafts of Winterreise, Schubert asked for a copy of this American writer’s latest book. Goethe kept notes in his diary of the long list of Cooper’s books he had read. As a testament to the power of the author’s oeuvre as propaganda, Lafayette invited Cooper to live with him at his estate for several weeks in the hopes that he might feature as a cameo in the writer’s next novel.

The American influence was not limited to those who knew Cooper’s novels. Nikolaus Lenau, one of Schumann’s favored poets, went so far as to purchase a farm in Ohio and toured modern day New York state extensively. Although his American journey turned out to be a catastrophe, the Austrian poet had long maintained that witnessing the American wilderness as well as its political project first hand would help him develop his poetic aesthetic.

This program features the standard German Romantic tropes of the Wanderer, the wilderness, Sehnsucht and Einsamkeit. Centered on the music of Franz Schubert and Robert Schumann as well as the poetry of Nikolaus Lenau and Johann Wolfgang von Goethe, our selections will highlight the under-appreciated ways in which American audiences and performers can find agency in the context of typically Germanic Romantic repertoire. While the myth of America as the land of burgeoning opportunity rightfully incites the cries of many cynics, this narrative nevertheless had deep and impactful reverberations in early 19th-century aesthetic movements. Given the contemporary cultural and political conversation over what America might become, classical music may have more to contribute to these themes than one might think.

This event will take place in-person at the DANK Haus, on the 5th floor. 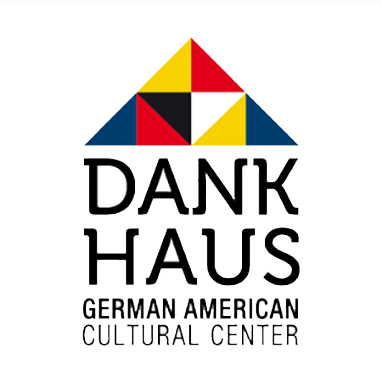 The Greater Ravenswood Chamber of Commerce is committed to building a Ravenswood that connects business and community, one member at a time. Won’t you join us?